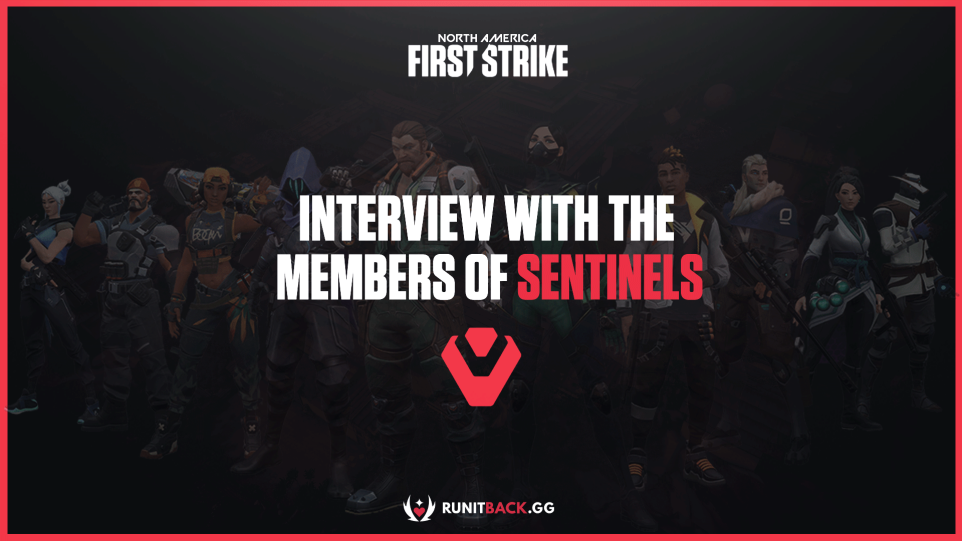 Sentinels dispatched FaZe Clan on Day 2 of the North American First Strike Tournament. It was a valiant effort from FaZe Clan, but Sentinels was able to show exactly what they are made of. Run It Back was very lucky to be given an opportunity to speak with every single member of the Sentinels Valorant roster. They all had plenty to say regarding the contest and what they’re looking forward to regarding the Semifinals.

Disclaimer: All interviews were conducted separately and specific questions were chosen from each to create this article.

Run It Back: With hardly any HP left, you pulled out a 4K to earn a huge round on Bind. Do you feel like that was the turning point that took your team to the finish line?

ShahZaM: I definitely think that contributed. It was a tight round in a 2v4 situation with me and zombs. We have the tendency of blowing leads. To be able to squeeze out that round and break their economy was big for us to close Bind out. Bind hasn’t been our strongest map as of late. Some individual plays let us finish that map and win their pick.

Run It Back: Babybay was spamming the screen and took out your teammates on the last round of Split. Were you holding your breath as you stuck the defuse?

ShahZaM: I thought it was a for sure won round.It was 3v1, I was in the smoke defusing, and then he accidentally headshot me. I was like, “Oh no.” Some of my teammates were already typing “GG.” I started panicking. I think we got a little sloppy there just to close it out. Thankfully the defuse was free.

Run It Back: Well, congratulations on advancing. What are some last words regarding the remainder of the tournament?

ShahZaM: We’re just taking it step by step. There’s one more match before we can make it to the finals. We’re trying our best to make up for all the lost practice time. We use our free time to adjust and prepare for these future teams. Hopefully we continue to play like we did today [Friday].

Run It Back: No one on Sentinels really seemed to pull ahead as the workhorse of the team. Do you feel it was an overall solid team effort?

dapr: Oh yeah. That’s usually how we operate. Obviously, people pop off and sinatraa is usually the main one. I think we all do our job really well, though. That’s what makes us the best team. We don’t have a weak link that people can abuse. We don’t have someone that consistently underperforms and doesn’t do what they need to do. I think we are all genuinely really strong players.

Run It Back: When the team wins those important pistol rounds, what does that do to the energy and composure?

dapr: It’s a lot of positive vibe. There was a round on Split, T [attacking side] pistol, where I died really early. We should have lost. The odds of us of winning it were very low. Somehow we brought it back on a 4v5 and won. When you win rounds like that, especially pistol rounds, everyone gets hyped. We’re all yelling, “Woo! Let’s go!” It’s really important for us. We usually have high energy no matter what, though. I feel that even if we lost them, we’d still have that same high energy.

Run It Back: To wrap it up, is there any trash you want to talk for the other teams left?

dapr: *laughs* Um, I don’t know if I want to talk sh*t. It will just f*cking bite me in the *ss. I really want everyone to play their best. Hopefully our best will beat their best. I don’t want anyone to be nervous against us because we’re the best team right now. You know what I mean?

Run It Back: We saw you pull out an Odin on both maps. You took out ZachaREE through the wall at one point. What’s the thought process of buying an Odin when the rest of the server might have rifles or Operators?

Run It Back: That’s exactly what I thought the answer was going to be!

sinatraa: Usually, when I buy it seriously, it’s only on maps like Ascent or Haven. I can wallbang a bunch of stuff, especially with Sova. I don’t really buy the Odin unless I’m playing Sova.

Run It Back: Compared to the first map, Split went extremely well. Is that a map that Sentinels hopes to play again in order to repeat those results?

sinatraa: Honestly, we’re pretty good on every map. I don’t think any of mind what maps we play or what maps get banned. Or honestly what teams we play. We just have to play our game. Then we’ll be fine.

Run It Back: Regarding what teams you’ll play, on the broadcast interview, you mentioned wanting to play T1 because they are just fun to go up against. If you make it to the finals, do you prefer facing TSM? Maybe to end the debate of who is the better team once and for all?

Run It Back: We saw you switch to Skye on the second map, Split. Was the always part of the plan or was it a way to try and surprise FaZe Clan?

SicK: It was definitely planned. I’ve been playing Skye on Split and Icebox recently. I’ve gotten in a lot of practice with her, but not as much as I’d like. We had that pretty long break in between the tournaments. We’ve played very little Skye, I’d say, but I’m still very comfortable with her. I can just flex like that. It’s not a big deal to me. We had a game plan with her for sure.

Run It Back: We actually saw a handful of you guys switch your agent pick for the second map. Is there one of you that is the more versatile member of Sentinels? Or is everyone able to handle different roles?

SicK: Everybody is pretty versatile in what they play. I play the most agents out of everybody, by happenstance I guess you’d say. I don’t think anyone is dumb. They can play whatever. I’d say zombs is the only one who is forced to play one agent. We don’t really know how he’d be playing anything else. Shahz [ShahZaM] plays different stuff, dapr plays different, and sinatraa plays like three different agents. Overall, we’re a pretty versatile team and I think that’s what puts us above other teams.

Run It Back: What do you expect from the rest of the tournament? What do you want to see happen?

SicK: I’d like to see TSM lose in the semis, to be honest. That would just be funny to me, because they’re our “rival” and it’s a joke and all that. I’d like to see T1 in the semifinals. We’re most experienced against their type of playstyle. 100Thieves has more skill on their side and we might struggle against that. Overall, though, I just want to win.

Run It Back: It’s been mentioned that you typically play Brimstone on Bind, but decided to go in as Omen against FaZe Clan. What was the reason for the switch?

zombs: I just think now that Omen is better on Bind. We didn’t play in a lot of the recent tournaments before this. We didn’t have much experience with the recent meta. I think Omen is better. I can smoke stuff on B when I’m playing A. I’m also able to flash if they run up Short or Showers.

Run It Back: Each map appeared to be a well-rounded effort. How important is it that everyone pulls their weight?

zombs: If everyone’s doing their job, we should never lose. Everyone did what they needed to do and we won pretty easily. It went pretty well.

Run It Back: What are your thoughts on the remainder of the First Strike tournament?

zombs: I’m looking forward to beating Envy in the finals. Again. Just so people know we are the best. Nothing has changed.

Run It Back would like to thank the entirety of the Sentinels Valorant team for giving us a handful of amazing interviews to piece together.

*Answers may have been altered slightly for the sake of clarity.* 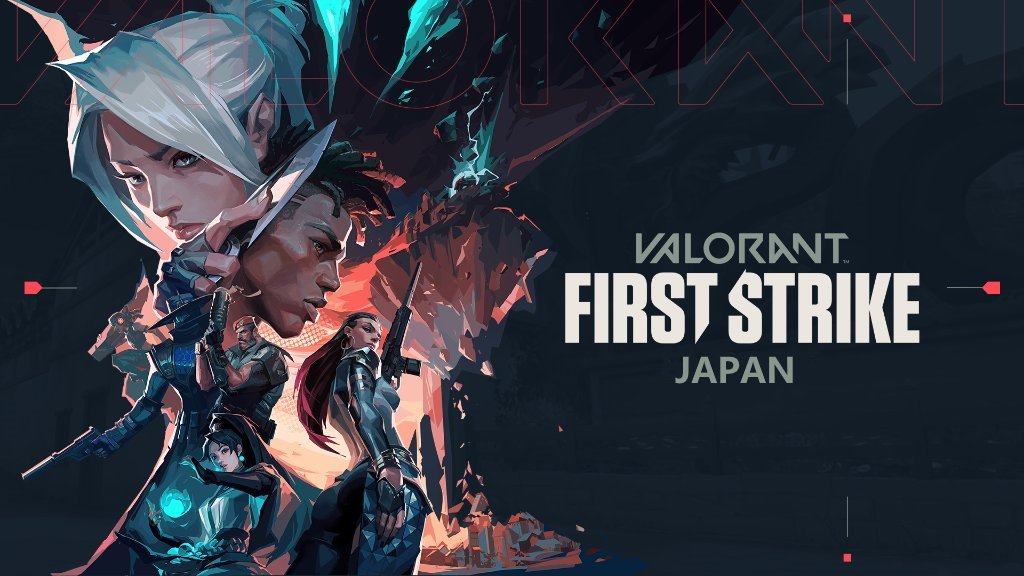 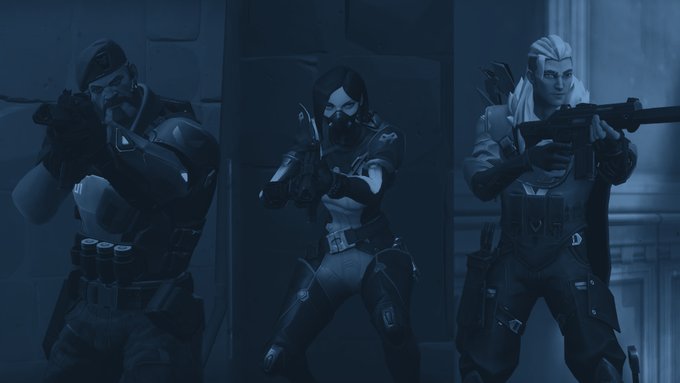