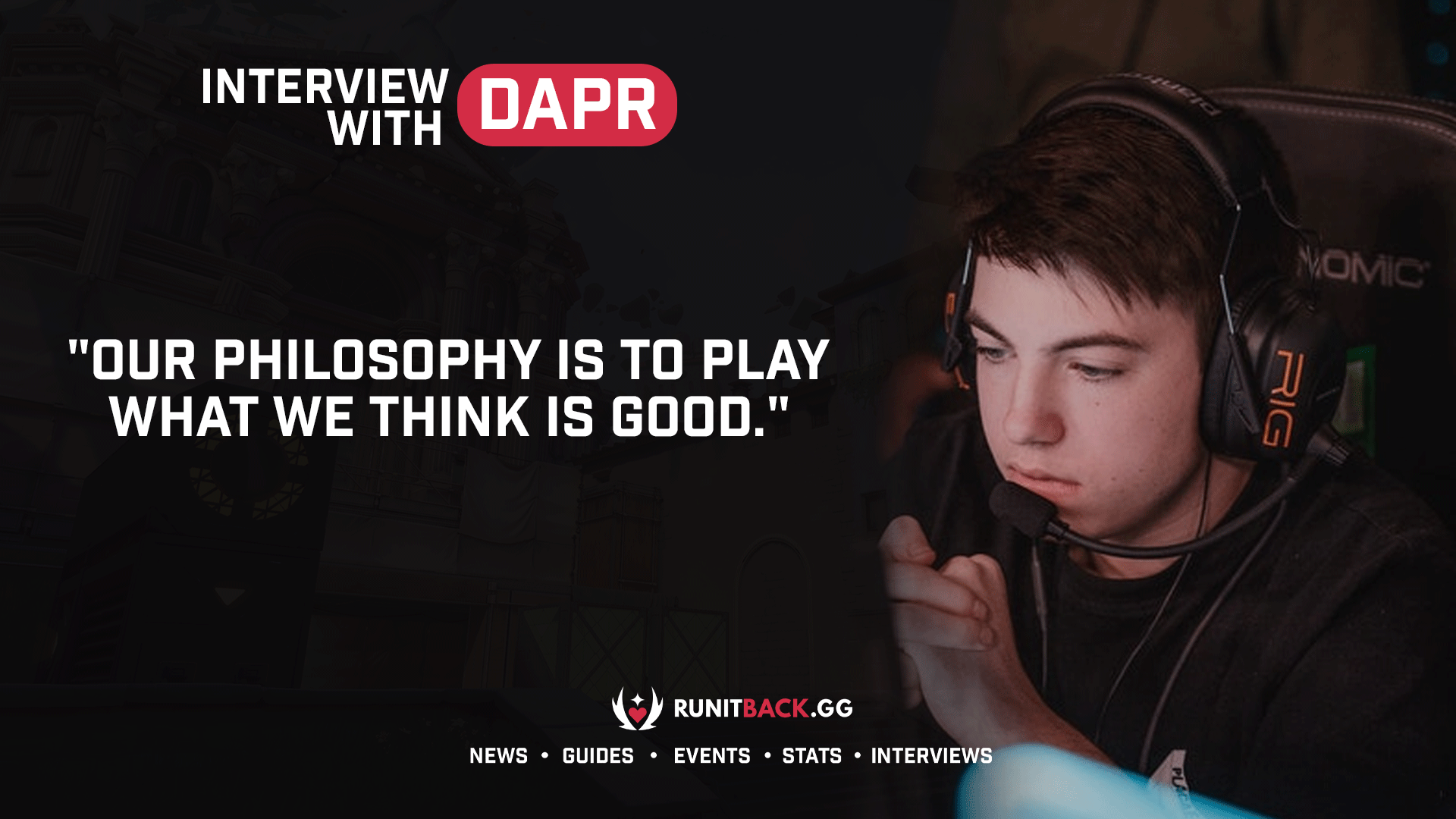 Sentinels started their NA Challengers Finals run with a solid victory over Version1. They followed that up with an extremely tough battle against 100 Thieves that saw SEN prevail. After that Upper Semifinals contest concluded, Run It Back was once again given the pleasure of speaking to Mr. Douglas Apr, Michael “dapr” Gulino. He was, of course, in high spirits after being just one more win away from heading to Masters Reykjavík.

dapr on the current meta, adapting, and wanting to represent NA

Run It Back: Do you approach these matches against bigger teams like 100 Thieves any differently than others?

dapr: Not necessarily our approach. We have more footage on them, so it is easier to know they play like this, throw a lot of fakes. We just have a better read on their play style more so than like a BBG who we don’t really know how they play. They could just have all the footage on us in the world. It is different in that aspect, but we try to keep it the same.

Run It Back: Everyone on the team made huge plays all series long, making sure the comeback on Haven didn’t happen and the big loss on Icebox didn’t affect the performance on Bind. How does it feel to be a superstar surrounded by so many other superstars?

dapr: It feels great. It feels like we are never out of it. Even if we get down a lot, I feel like there’s a chance of us coming back. I can trust anybody to win a huge round and bring us up. That’s always great. It’s great to be able to lean on your teammates when you aren’t having a good game as well. It’s always a good feeling.

Run It Back: It is always brought up how versatile Sentinels is. We spoke with ShahZaM about his roles and bring up SicK quite often. This time around, we saw you take on Cypher, Sova, and Viper. Let’s hear your thoughts on the team’s versatility and how important it is.

dapr: It is really important to stay with the meta. Our philosophy is to play what we think is good. We’ll look at a map like Icebox or Bind and think these agents are really aggressive or oppressive to play against. They’re really good and we should try to run them. Then we figure out, after we have the agents we want to play, who is going to play what. I always played Cypher. I was kind of a one trick Cypher. I never really liked Killjoy and didn’t have much variation. I was the one who said I’d play this and play that. Cypher was kind of out of meta on Icebox and Bind. On those two, I’m on different roles. I’m still trying to get comfortable, but it has paid off in a team aspect I think.

Run It Back: What are your thoughts on the current meta, seeing as Sentinels has adapted pretty well?

dapr: I think the meta is just with Astra and Viper on some maps. I don’t think Viper is great on every map. I still think she is strong, but NA hasn’t really found a place for her yet on Haven or Ascent. I still think she is really strong. The meta is just really aggressive map control. Whoever has map control has a very high percentage of winning the game. I feel like those characters just deny it or let you have it. It is really trappy. Oh yeah, you have Shower, but they retake it on you and you have nowhere to go. It is kind of tough when they can do that across the map. It makes it kind of hard to read teams. I don’t mind it that much, but it is kind of annoying getting pre-pulled and stuff. Some changes might have to be made in that aspect, but it’s okay.

Run It Back: Next on the agenda is Cloud9 Blue, who have been pretty hot. The team has never had issues with that, besting FaZe Clan at their peak, an always dangerous 100 Thieves team, and even C9 Blue themselves recently. What are your expectations for that Upper Final series?

dapr: I’m sure it will be a hard fought match. I’m not sleeping on them. I know we’ve always had easier times compared to other teams, but I know it is going to be tough no matter what. They might come out of the gate swinging. I’m just hoping for the best, keep our mental up, adapt well, and I think we can hold it pretty easy.

Run It Back: Do you feel Iceland is basically a lock for Sentinels now? And what are you looking forward to most at Masters, if or when the team qualifies?

dapr: Nothing is ever guaranteed in this game. I try to keep it very open. I know anything can happen. I’m not saying it’s a lock now. I am confident in our chances. We obviously have a better chance than anyone else in the regional final right now, but nothing is locked. I’m not booking my flight or getting my suitcase, anything like that. If we actually make it, I’ll be so happy to play on LAN and against these other regions. To see how we all stack up and give NA a good name in this game.

Stay tuned to Run It Back for more player interviews and Valorant Champions Tour coverage! 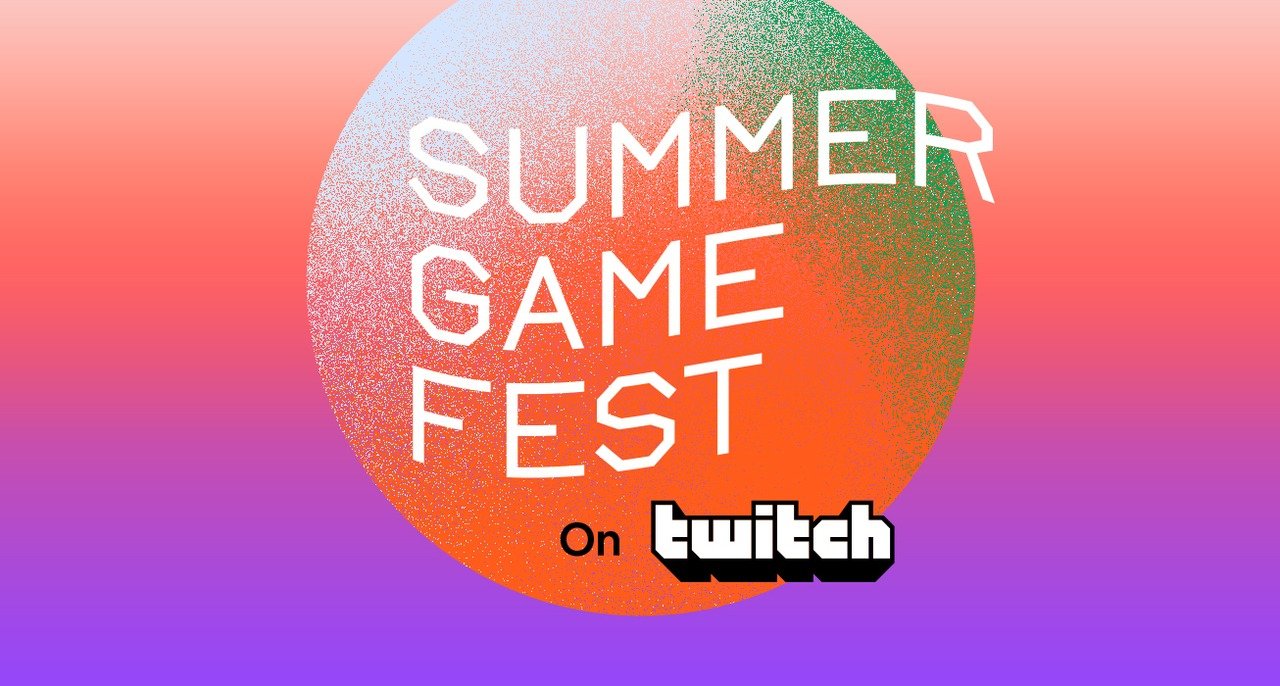 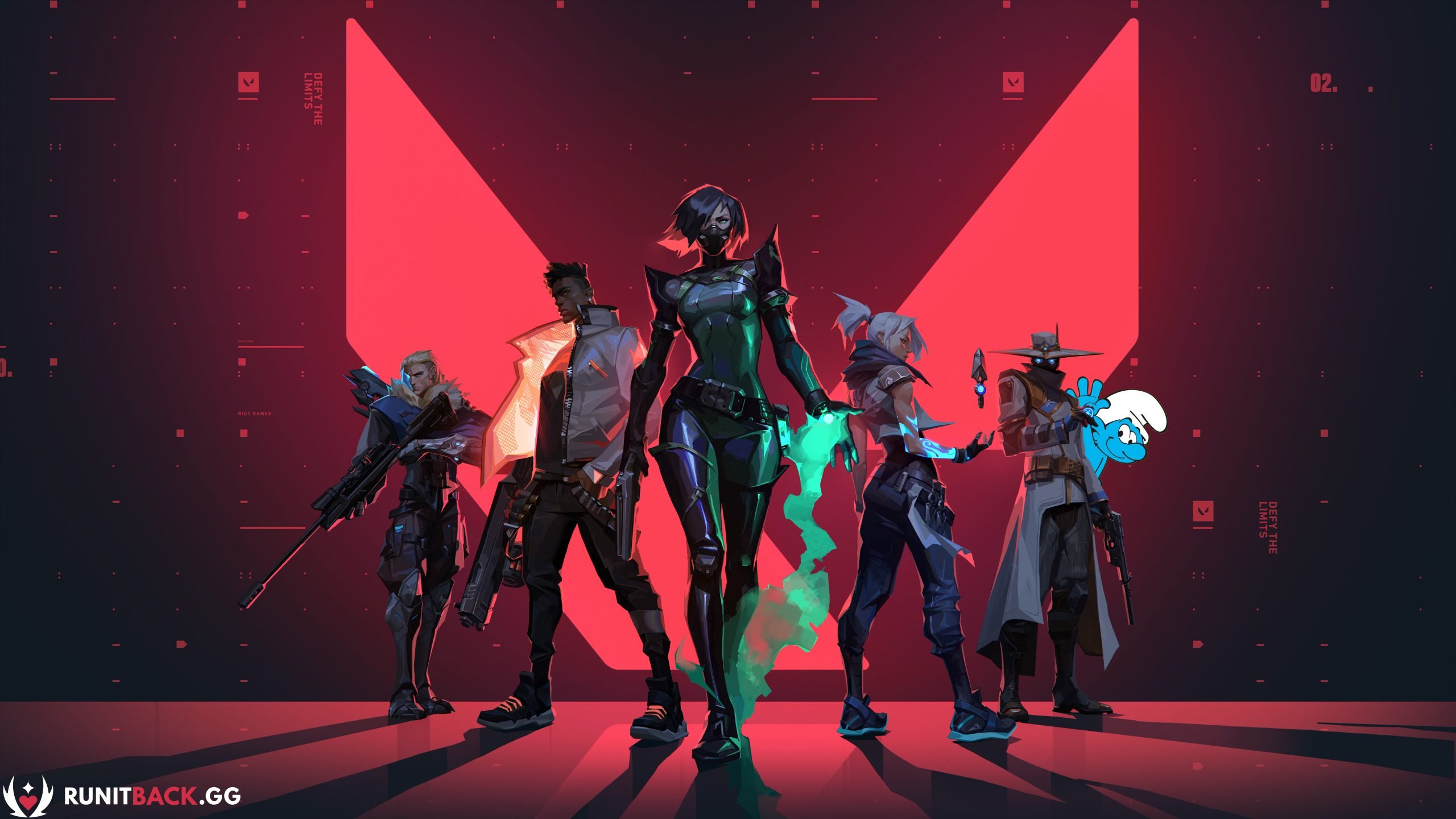 Riot is working on a Valorant anti-smurf system