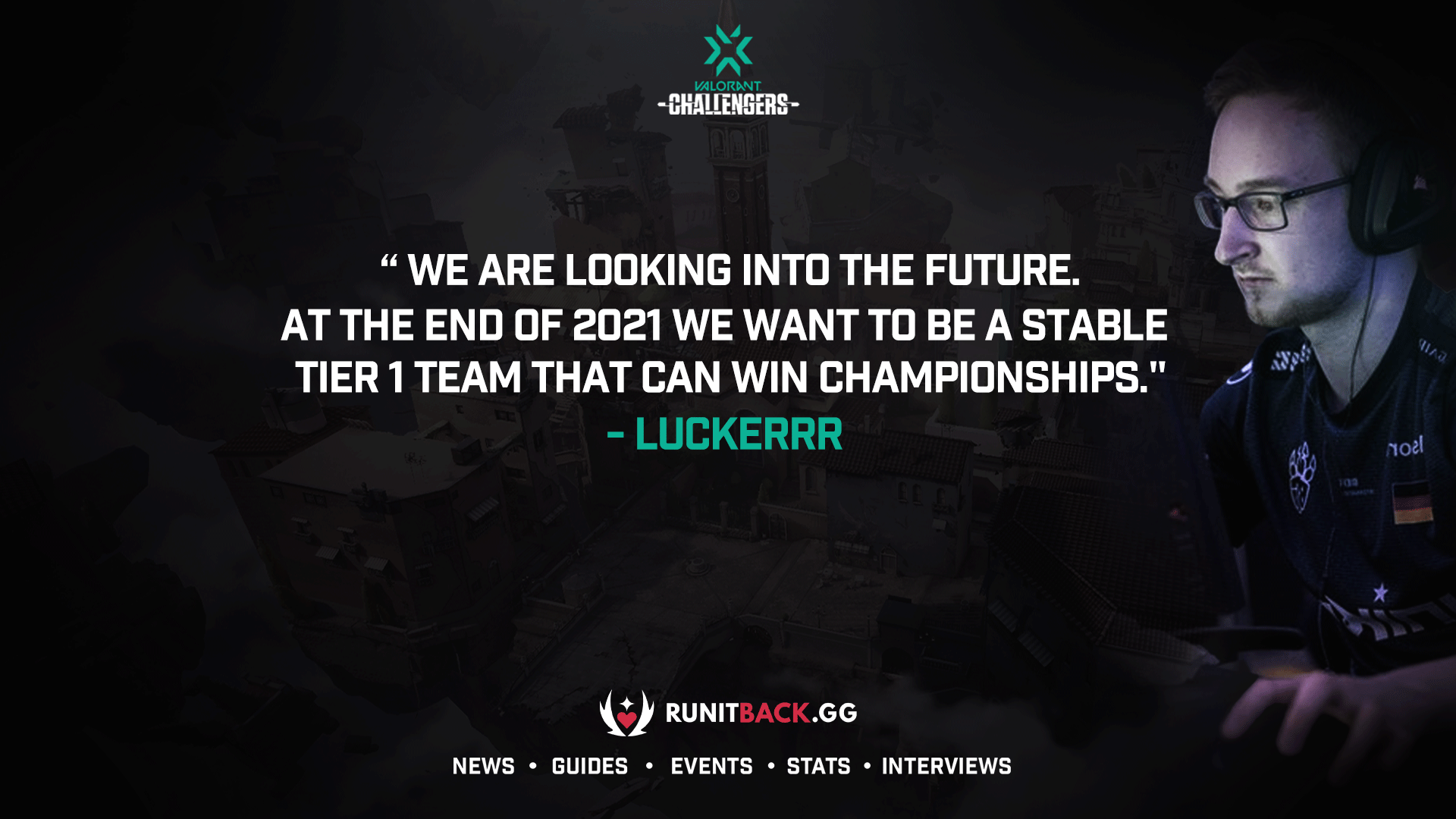 Run It Back got the exclusive opportunity to talk with Niels “Lucker” Jasiek following Alliance’s win over Wave Esports at Valorant Champions Tour Challengers 2 Europe main event. After a rather comfortable win at 2-0 in maps, Alliance is the first ever team to qualify for Valorant Masters European event. Having gone down in the Valorant history books, Lucker shared with us his side’s gameplan going into the matchup, his feelings for his ex-team, NIP, as well as Alliance’s primary goal for 2021.

RunItBack: Thank you for having this interview with us today. So, congratulations on your huge huge win. You are officially the first team ever, and will forever be, to reach Masters in Champions Tour in Europe. How does it feel?

Lucker: Thank you very much! Yeah, it feels very good. It’s the best feeling in a tournament when you’re already through, and after you can just watch the stream and watch the others to get to your stage. So this is kind of nice. I absolutely love it!

RunItBack: So if you can run us through your team’s gameplan going into this matchup against Wave. Anything that you guys particularly focused on and can share with us.

Lucker: Actually, we didn’t prepare too much because we were thinking that we are not going to change our game style because of the team [that we’re facing]. We don’t have much. We don’t have much to fall back on because we’re a pretty new team. So we just played our game. We maybe don’t do the same pistols as on stream. One pistol, we did actually on Haven [as usual], and we saw them counter that instantly. So we were like “ok, they actually watched us”. But yeah, overall, we literally were not overthinking it. We were just playing our game. We react. We don’t do instant calls when there’s something happens after defaults. We react properly. And yeah, we’re good.

RunItBack: You managed to edge out Wave on their map pick, Haven. What do you think was the most crucial part in taking Haven for your side?

Lucker: I think the first thing is that we improved from our last game on Haven. Last game on Haven our attack was pretty sloppy, we were not peeking corners together, we were a bit under pressure, we were excited, our calls were a bit unclear. “Ghost calls” we call it, when someone calls something but it’s not true. We learned from that. We are now much calmer, even in overtime scenarios. Our attacking half was very very good this time. I think we managed to adapt from our last game and got even better in this game.

RunItBack: You started out in NIP, but now you play for the Alliance side. Do you kind of have this feeling of wanting to get back at NIP?

Lucker: Not really. I mean, it is kind of a new team that they made as well, putting in two new players. I love all of them. I love all the players and personalities. We played together in a team and we’re still really good friends. But you know, it is just the start. 2021 just started, the team just started. It doesn’t matter who I play. We just need time to find that potential that we have. Mitch and Banks did a great job founding this lineup. I trust them. It was really a nice start for us now. I think NIP got a great start as well, and I love it. It’s just NIP’s approach for 2020 was a lot of roster changes. You cannot blame the players. They had nothing to do with this. Lots of love to NIP, I hope they make it.

RunItBack: What is Alliance’s “the goal” for 2021 in Valorant?

Lucker: Obviously, we want to become a good team long term. We want to be at the top in the long term. It’s just nice that everything is working out early for us right now, even though we didn’t play too much. So this is a bonus for us. But we are looking into the future. At the end of 2021 we want to be a stable tier 1 team that can win Championships.

RunItBack: Thank you very much for your time Niels. We wish you all the best and many more victories in 2021.

*Questions and answers in this interview may have been altered slightly for the sake of clarity and brevity. 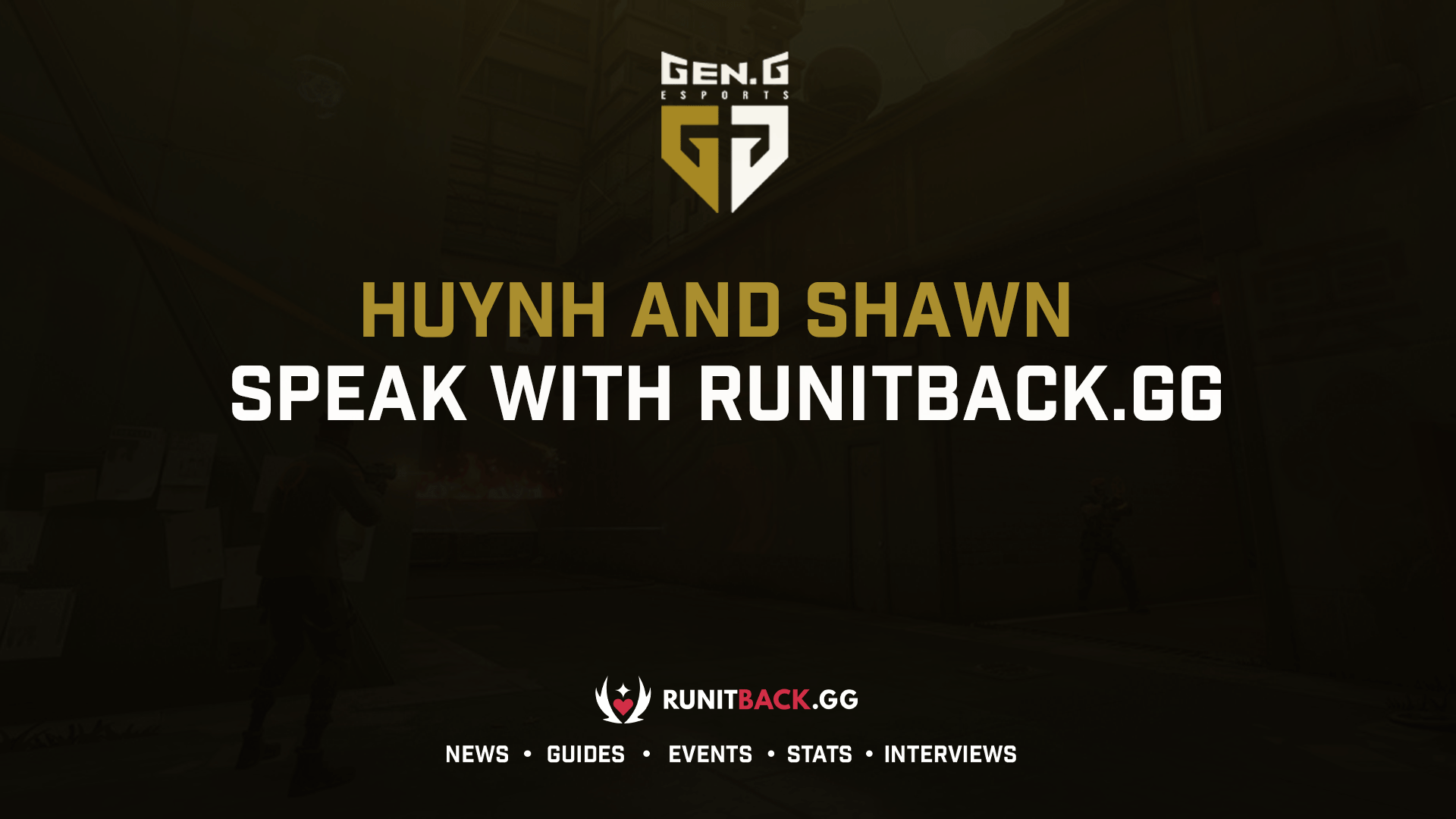 huynh and Shawn of Gen.G speak with Run It Back after being sent to the Lower Bracket 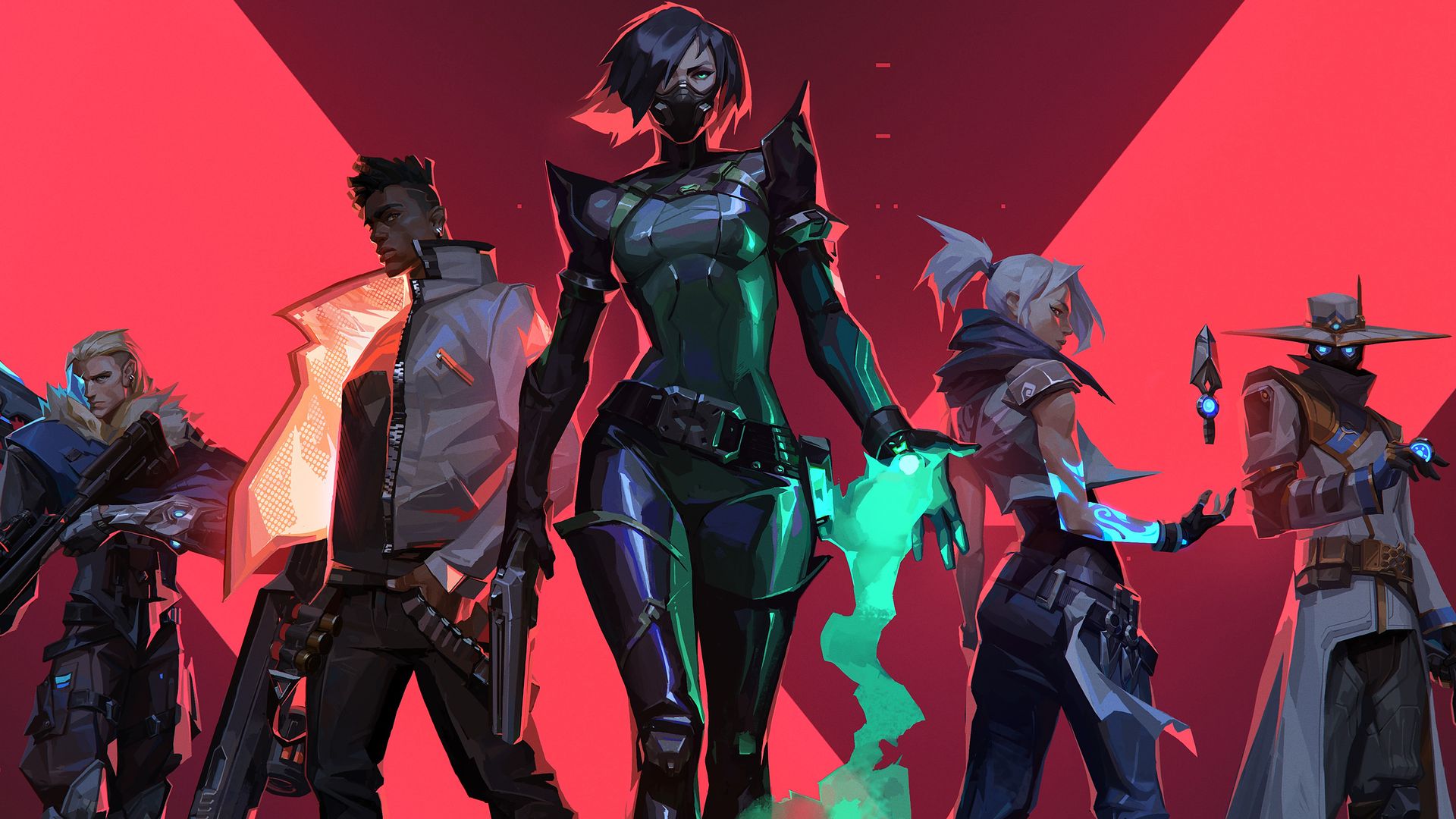