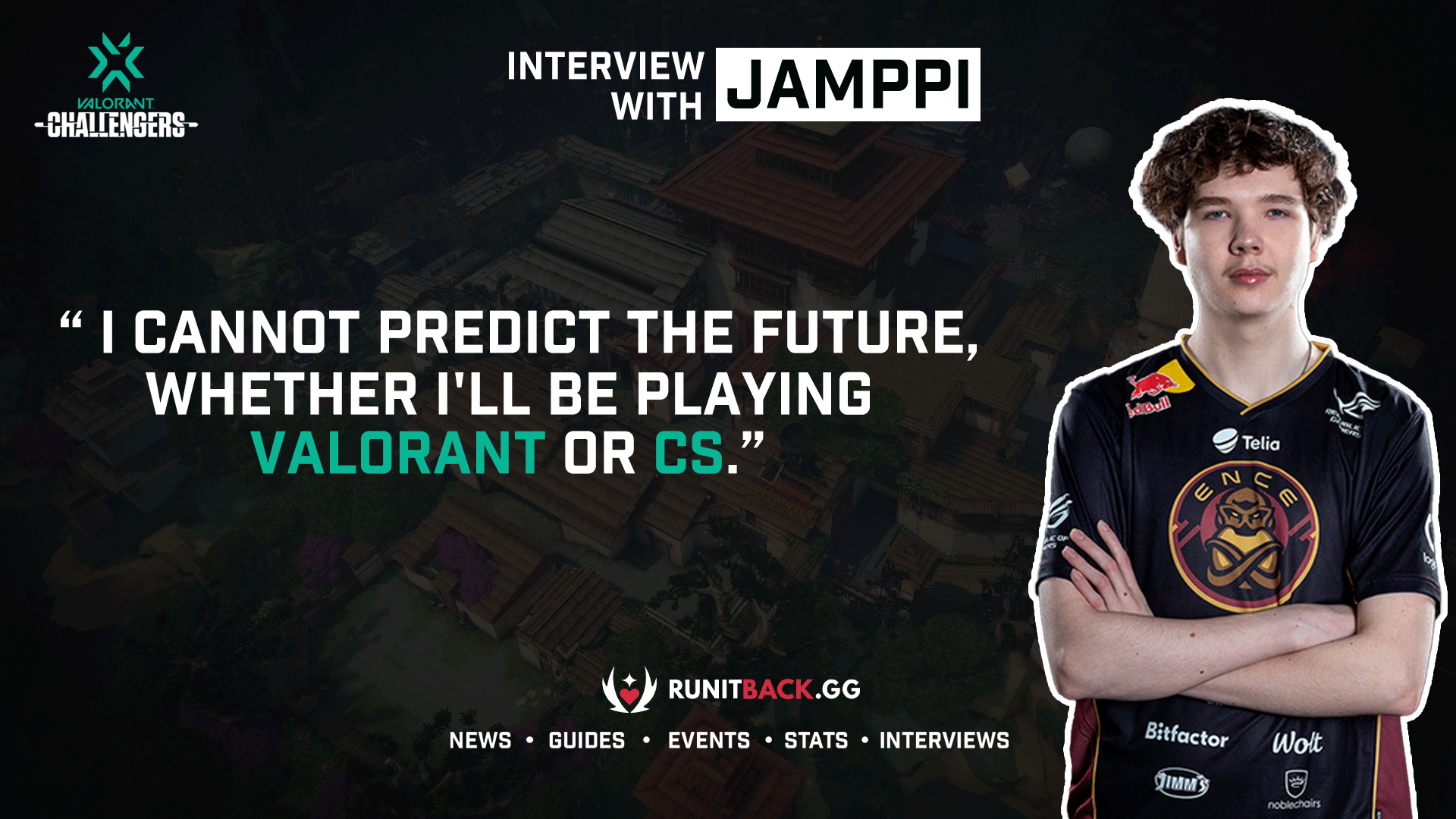 Following Team Liquid’s success after beating Team BDS in a nail-biter match at VCT Challengers 2 in Europe, we got to have a chat with Elias “Jamppi” Olkkonen. The team’s premiere Jett Operator main walked us through his matchup and preparation ahead of the game, as well as bouncing back after having an initially poor performance on a map. The Finn also explained how using the Operator in Valorant compares to using the AWP in CS:GO and whether he’s considering making a switch to Counter-Strike: Global Offensive in the future.

Run It Back: After a tight Haven and Bind against Team BDS, you guys dominated on the decider, Ascent. How do you overall feel against your matchup against BDS?

Jamppi: The first couple of matches were super tight (Haven and Bind). I think they were tighter than they should have been really. I think we won like all pistols in both maps. On Haven we lost and on Bind we almost lost, so good for that. Yeah it was a super close match, they played so well. But I think on the third map we got the momentum. We were super calm after the second map. On Haven we were all like screaming and everything after the second map after we won it. After that we were super calm on the third map (Ascent) and we had a clear game plan.

Run It Back: You’re obviously the primary Jett Op-er for Liquid. Did you have any sort of specific preparation against Team BDS?

Jamppi: Yeah, not myself especially, but our coach Sliggy, he did the huge VOD reviews and we had a clear game plan before the game. When it comes to myself I always have a clear game plan on my mind how I need to play and then how the team needs to play. So nothing special I would say.

Run It Back: You had a rough time to get into that second map, Bind. Timings were against you and some missed shots here and there. In the end, you came up big for your Liquid side when late crunch time came around. How did you readjust to get back in the game?

Jamppi: If something is not going well for me I just try not to be frustrated. It happens to everyone. I just take a deep breath and get my mind clear. I had to game-plan myself. It’s important not to go down on yourself and you’re always going to play like the same guy like he usually does. It doesn’t matter if you’re 0-8 or 8-0, just don’t get down on yourself. That’s basically it. Just relax my mind and just keep playing like I always play.

Run It Back: You’ve come into Valorant pretty recently compared to your teammates. As a Jett Op-er main, how do you compare sniping in Valorant to CS:GO?

Jamppi: I think when it comes to the OP-ing style, you can’t really do it like in CS. In Valorant it’s not that easy. With Jett it’s pretty OP (over-powered) because you can get away from a lot of things. You can do a lot of “stupid”… maybe not stupid, but you can do a lot of aggressive peeks and you can get away because of the dash. But of course there was a lot of arduousness for me as the OP is not so strong. I think it’s strong but it’s not as strong as the AWP in CS. You cannot basically out-peek that easily as in CS. Plus it’s much slower so it’s a bit harder to get multi-kills. You just need adjustments and a lot of playing to get used to it.

Run It Back: There’s been recent news of Valve un-banning you from not attending Valve-sponsored CS:GO events. How do you feel about that? Does that make you consider switching back to Counter-Strike down the line?

Jamppi: I haven’t really thought of it. I was just really happy when I got the news. I’m just not going to think about the future that much. I’m just going to keep playing this Valorant game and hopefully we qualify to Iceland (Masters 2). I cannot predict the future, whether I’ll be playing Valorant or CS. Right now my focus is fully on Iceland (Masters 2) and winning that tournament.

*Note: Questions and answers may have been altered for clarity and brevity.

Run It Back thanks Elias for his time. We wish Elias and Team Liquid all the best at EMEA Challengers and hope that they make it to Reykjavik, Iceland for VCT Masters 2. 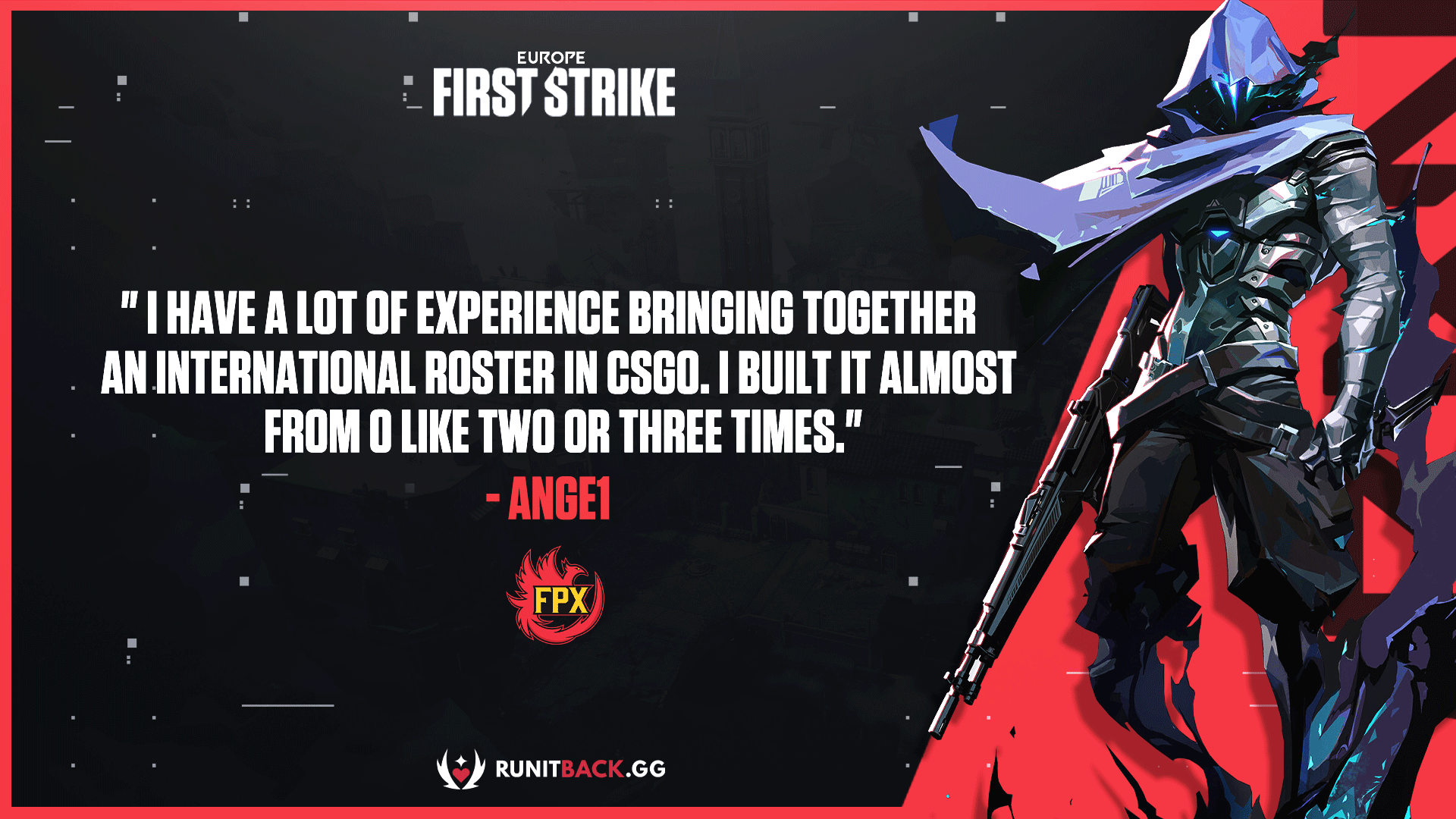 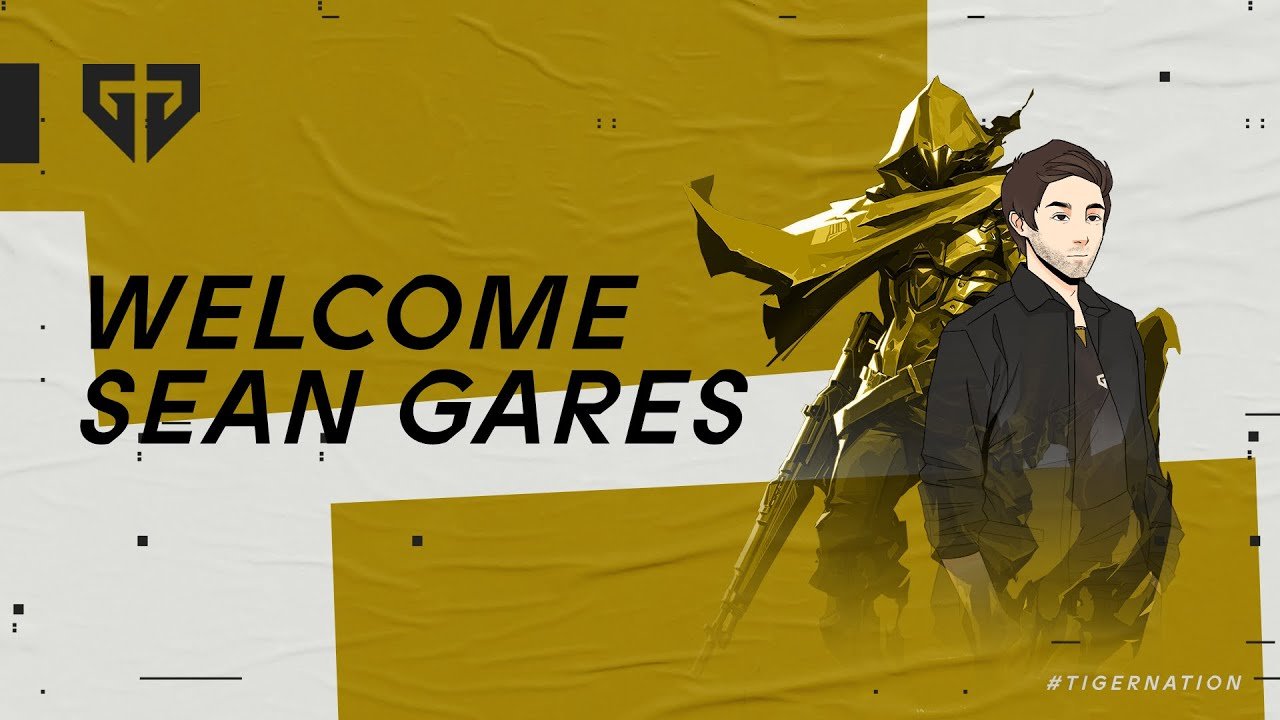